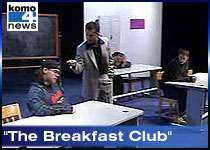 Jody Wodehouse- Jody was not a bodybuilder but was the MC (Master of Ceremonies) for many natural bodybuilding shows in the Pacific Northwest and a very good one at that. His other passion of acting (pics above are from a mini-series and a play that he was in) and screen writing was probably the reason for that. Jody was the MC for my very first show in 1999. He was a great man, father, husband, and friend that loved the Lord. Jody passed away from a battle with cancer March 10, 2005. I was extremely fortunate to be able to talk with Jody about a month before at Universe Gym. Even at that time he was aspiring to write a script about Steve Reeve's life. For those that new him, there will be a memorial at First Baptist Church of Kennewick at 2:00p.m., Saturday March 19, 2005. We will miss you, and God Bless! 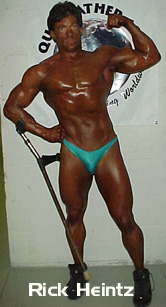 Rick was the light-heavyweight winner at the 2000 Inland Pacific Natural Contest.  Rick is a physically handicapped bodybuilder.  I have had many people approach me and tell me how I am an inspiration to them for my building my physique naturally, but I have to say Rick is an inspiration to me.  He had a special posing device to help him on stage through mandatories.  As I have competed I have always felt that I have been the biggest guy in the show, standing next to Rick I didn't even size up.  I'm not talking physical stature, but heart.  The man has one of the biggest hearts I have ever seen, he is not just an inspiration to handicap people, but to all of us.  Thank you Rick for competing with me, it was truly an honor.  Also, and most importantly, Rick is a Christian man and isn't afraid to give you his testimony.  If you see Rick approach him and ask him, he would love to talk to you. 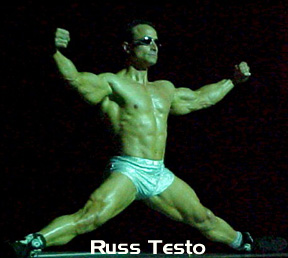 For those that don't know Russ, get to know him.  He is the most phenomenal poser I have ever seen.  He calls it interpretive bodybuilding and it is wonderful.  He brings posing to life and it is truly amazing.  At the Inland Pacific Natural, Russ performed three routines which were all great, but my favorite was "Lazarus" by Carmen.  It was awesome.  At the end of the show, Russ gave part of his testimony and spoke of his Lord and Savior Jesus Christ and this is his reason for what he does.  He was truly an example of working for the Lord and promoting natural bodybuilding in such a beautiful art form.  Thank you Russ for your inspiration to a new mission field.

Ron Williams- Great man for God, a forty-year old pastor in Utah, and a great guy. I got to know Ron at the Mr. Natural Olympia in Hawaii (pic below) last year just sitting around and talking about the Lord and Bodybuilding. I hope to compete and talk with Ron more at future shows. 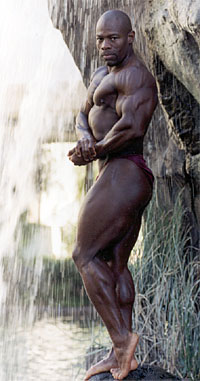 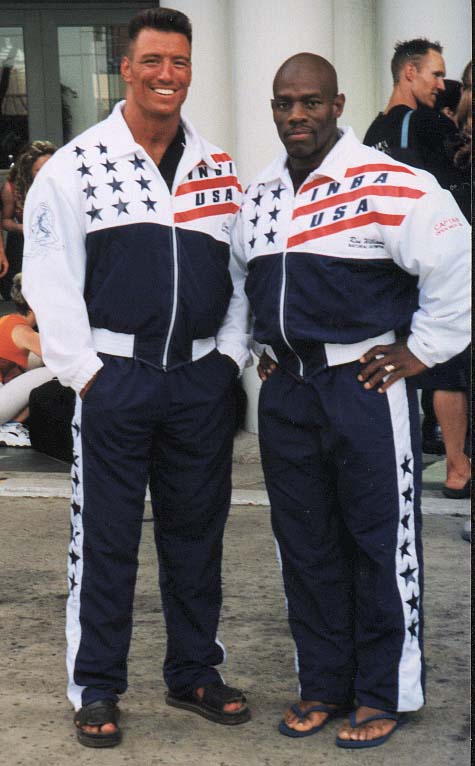